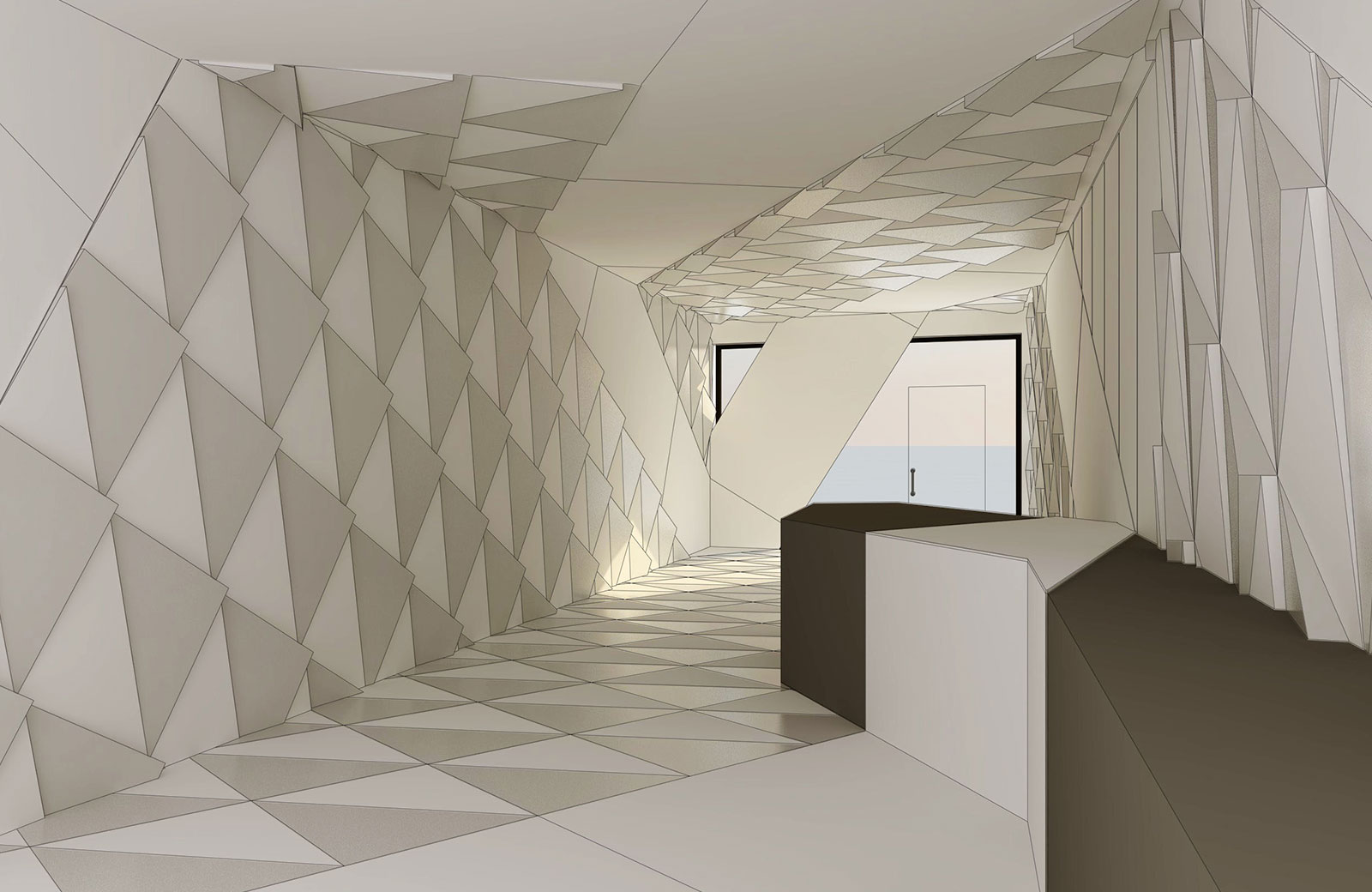 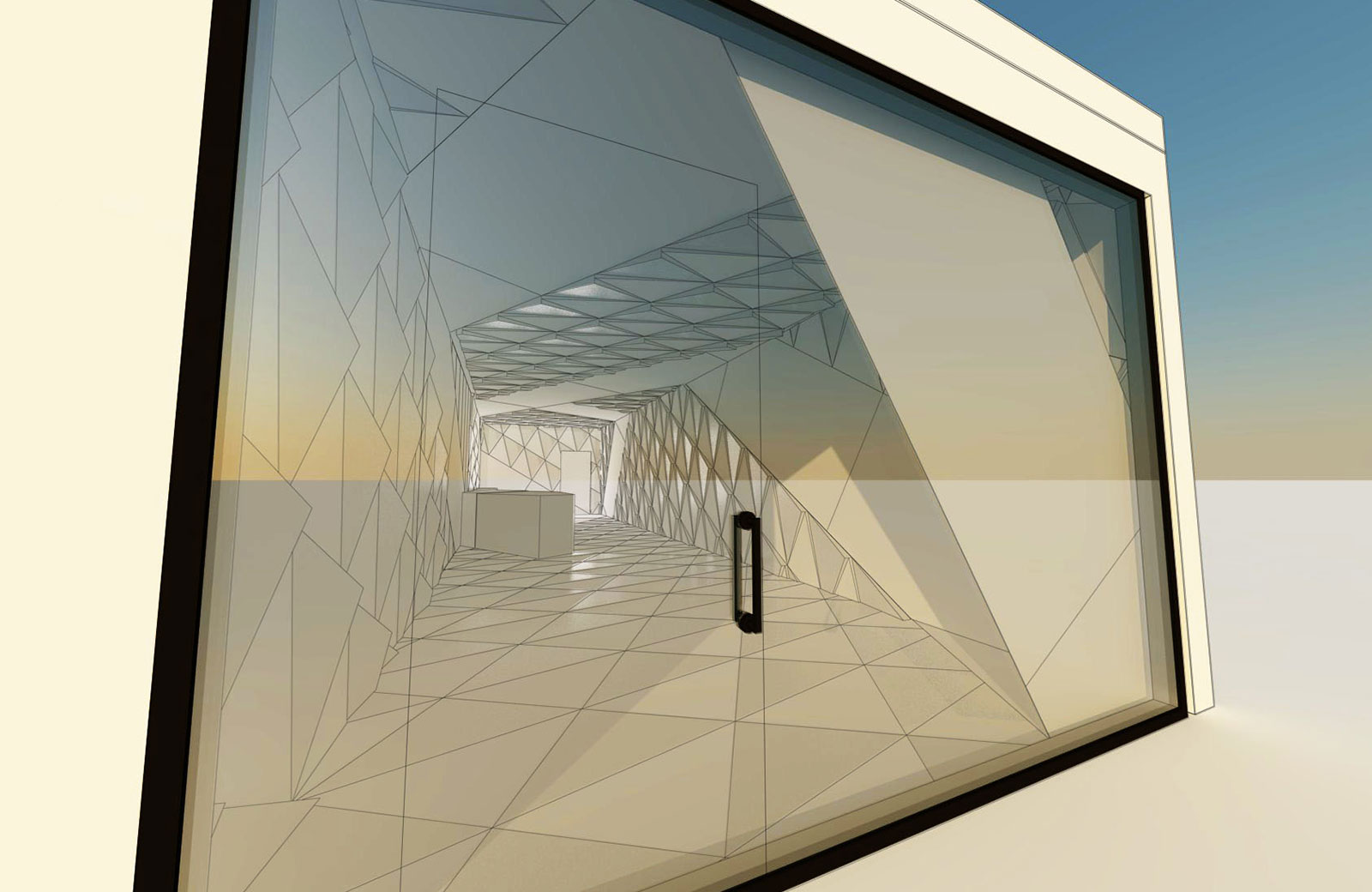 Capitol Designers Studio are a large supplier of porcelain tiles based in London and Chipping Norton, they manufacture a number of different finishes onto varying tiles sizes.

Coupdeville have dine a number of installations and pop up show rooms for CDS, this particular project was for a refurbishment of their Westbourne Grove Studios which was based on the largest format tile of 1800mm x 850mm with the 900×900 square tile.

The concept for the rectilinear store was to wrap the tiles from the back wall to the front in an unfolding sequence that, highlighted the proportions of the large format tiles being set against square tiles that are diagonally laser cut into two and set on angled planes.

The effect is one of varying perspective and scales that have a texture created by the middle variation in planes.